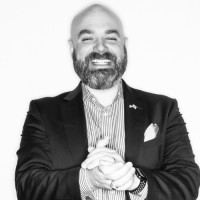 Peter Liebert is the CEO of the security consulting company Liebert Security and is acting Commander for the California State Guard Cyber Operations forces. Previously Peter served as the California State CISO where he was the primary state government authority charged with ensuring the confidentiality, integrity, and availability of state systems and applications, and ensuring the protection of state information assets serving the nearly 30 million California residents. It was in this role that he won SC Media’s CSO of the year and Statescoop’s Up and Comer Award. Prior to his role in the State, he served in the U.S. Military as both an officer and a civilian working in organizations including United States Cyber Command and the Office of the Secretary of Defense Cyber Policy division. He holds multiple degrees and numerous industry certifications.