Joe will discuss his upcoming Book, "Practical Social Engineering" in addition to OSINT. He is primarily passionate about OSINT and adjacent forms of Intelligence, but will need to discuss some social engineering (conducting it or defenses). He will also mention the Trace Labs OSINT Search Party competitions (he won his 2nd one last weekend at DEFCON).

Joe Gray, a veteran of the U.S. Navy Submarine Force, is the inaugural winner of the DerbyCon Social Engineering Capture the Flag (SECTF) and was awarded a DerbyCon Black Badge. By day, Joe is a Senior Investigator at SpyCloud in addition to being the Founder and Principal Instructor at The OSINTion.

As a member of the Password Inspection Agency, Joe has consistently performed well in Capture the Flag events, specifically those involving OSINT. Examples include 2nd Place in the HackFest Quebec Missing Persons CTF and Winning the TraceLabs OSINT Search Party during DEFCON 28 and DEFCON 29. Independently, Joe placed 4th in the DerbyCon OSINT CTF and 3rd in the National Child Protection Task Force Missing Persons CTF.

Joe has contributed material for a variety of platforms such as Forbes and Dark Reading in addition to his platforms. Joe has authored the OSINT tools DECEPTICON Bot and WikiLeaker in addition to the forthcoming book, Practical Social Engineering, due in late 2021 via NoStarch Press.

Mythic is an open-source, multi-platform framework for conducting red team engagements. This talk will cover the automated deployment of a Mythic server, developing new "wrappers" to extend the framework, and modifying public payload types to evade signature-based detections. 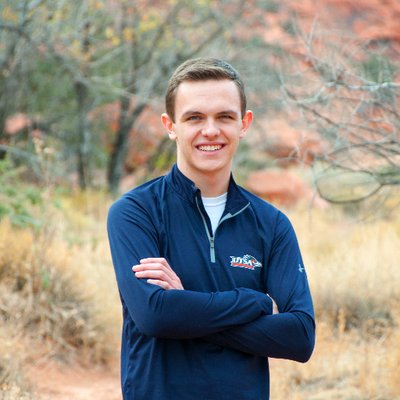 Kyle Avery has been tinkering with computers for his entire life. Growing up, he and his dad self-hosted game servers and ran their own websites. He formally studied system administration and compliance at university but spent his free time learning offensive security techniques. Kyle’s hobbies include Hack The Box, homelabbing, and catching the latest drama on infosec Twitter. In 2020 he got his dream job at BHIS, working alongside talented professionals to help companies better understand and secure their networks.

How Do We Raise the Floor for Software Quality? – Brian Behlendorf – PSW #770

Open source is the bedrock of most of the world’s software today, so how to raise the floor on software quality across the industry? First, we need better tools to measure the trustworthiness of code based on objective measures, processes that encourage better security practices by developers, and tools and processes that encourage teamwork and sha...
Security awareness

It Can’t All Be on the MSP: Is Your Client’s Lack of Cyber Awareness Undermining You? – CFH #6

No matter how well constructed an MSSP's security architecture is, or how tight its security controls are -- all that good work can be wasted or sabotaged far too easily when the client organization fails to follow standard cyber security hygiene practices. Just because a company uses a managed security provider to bolster its cyber preparedness do...